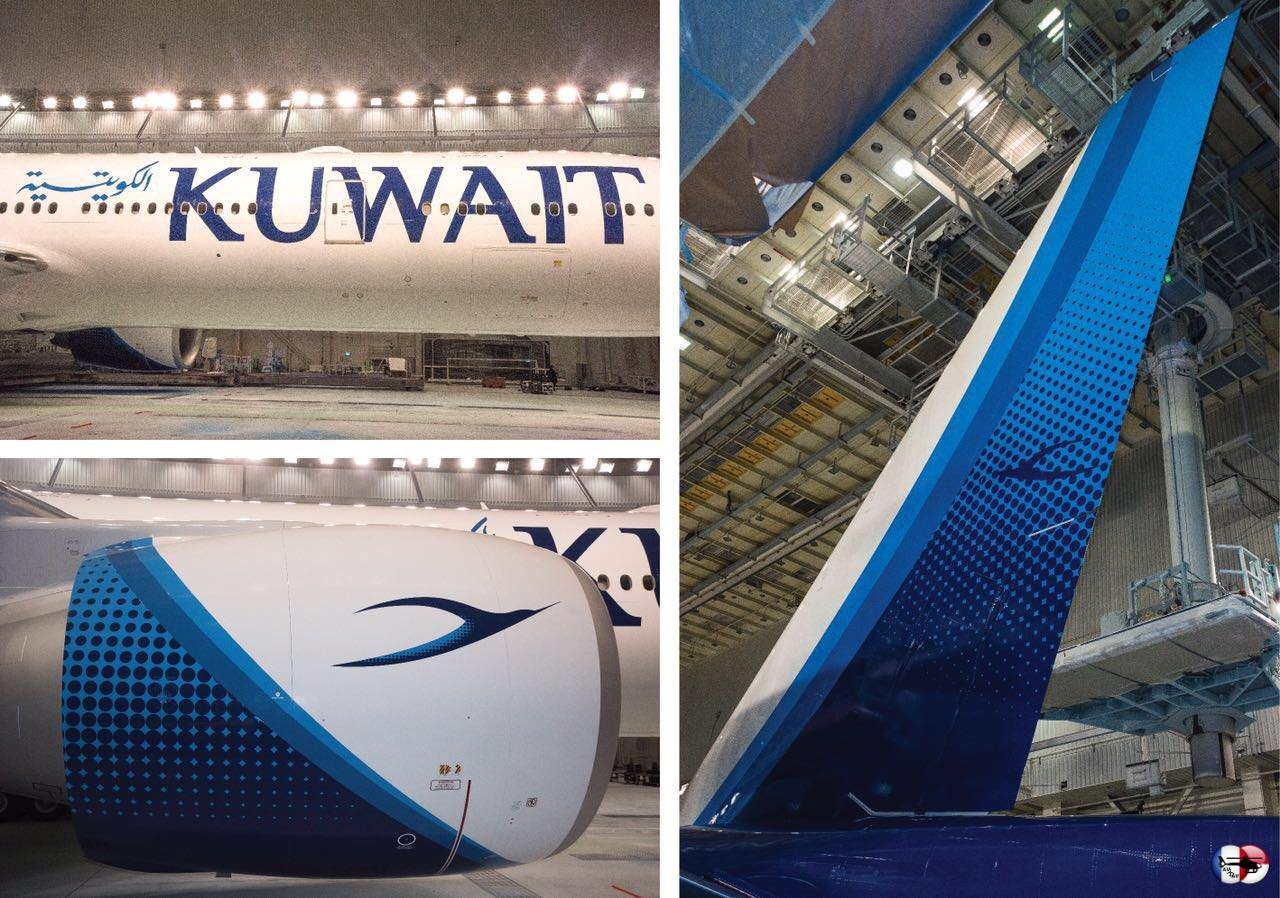 Kuwait Airways, the national carrier of the State of Kuwait, has announced a “once in a generation” revision to the airline’s livery at an official launch event held at Boeing Commercial Airplanes’ headquarters, in Seattle, USA.

The new look branding was unveiled on the first of 10 Boeing 777-300ERs that is delivered to Kuwait Airways, over the next 12 months.

Following Kuwait Airways’ recent announcement of its new five-year business plan, in September 2016, the combination of the new livery and delivery of the Boeing 777-300ERs represent two of the airline’s first major steps towards achieving the goals set out in its “Transformation Strategy”. The acquisition of the Boeing 777-300ERs into the fleet will play an immediate and significant ongoing role in serving Kuwait Airways’ long-haul destinations and ultimately open new routes.

“The launch of our new livery is an unreservedly clear statement-of-intent,” said Mrs. Rasha Al-Roumi, Chairperson and CEO of Kuwait Airways.

“While the outward change to our aircraft will be obvious, we also hope to demonstrate that a much deeper and thorough transformation process is underway; one that will reassert our pioneering legacy in the region’s aviation industry and restore a sense of pride in the national carrier of Kuwait. Ultimately, such changes will be in pursuit of asserting our position as the preferred choice for passengers, linking Kuwait to the world,” Al-Roumi added.

The addition of the 10 new Boeing 777-300ERs will, among many other developments, see the airline develop into owning one of the youngest commercial fleet, in the region, by 2017.

“While a new livery change and the delivery of our first Boeing 777-300ER demonstrates a clear and new direction, it should be said that Kuwait Airways considers the human element as the main factor of any success and that dedication and commitment to our passengers remains unchanged. We will, therefore, deepen our commitment in our areas of strength, act on the areas we can improve on and, going forward, maintain a consistent delivery of service excellence across all areas of the business,” Al-Roumi concluded.