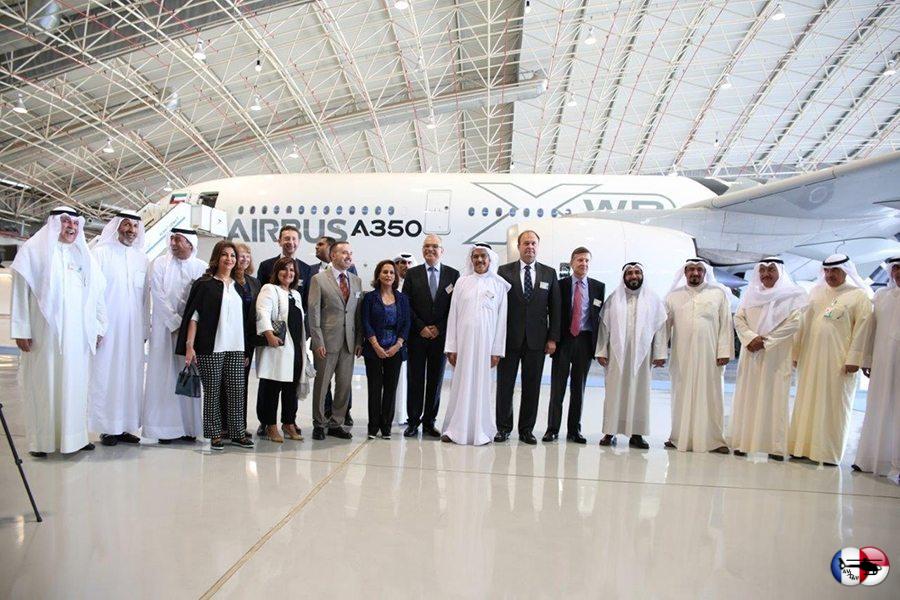 In a special ceremony organized at the Amiri Airport Terminal, Kuwait Airways officials welcomed the demonstration flight of the Airbus A350 XWB, which have made its first visit to Kuwait in November 2015.

On the occasion, during the inaugural address, Kuwait Airways Chairperson & Managing Director- Mrs. Rasha Abdulaziz Al-Roumi stated that the event represents a landmark in the history of Kuwait Airways and in the air transportation industry of Kuwait:

“This is the first time for Airbus A350 XWB to land in Kuwait; pointing out that KAC has devised a long-term strategy of strengthening its leading position in the air transport industry within the region and globally. ‘This is KAC’s vision leading to signing the agreement and aims at informing the multi-cultural society of Kuwait about the new aircraft that will join the KAC fleet”.

“Airbus is honored to partner with Kuwait Airways and give aviation experts a preview of Kuwait Airways future fleet which started operations in 1954”.  He added that Kuwait represents one of the most important markets in the region and Kuwait Airways is undoubtedly a strategic partner of Airbus.

Читайте также  Kuwait opts for A350 and A320neo