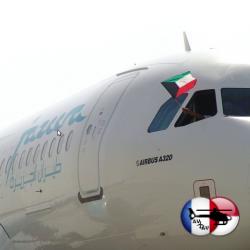 Kuwait-based low-cost carrier (LCC) Jazeera Airways posted a loss of 8.2 million Kuwaiti dinars (US$28.4 million) for the full year 2009, compared with a year-earlier profit of US$15.6 million, as the global recession took its toll on demand. Sales for the year totalled 46.02 million dinars.

“We entered 2009 knowing it would be a challenging year not just because of the financial crisis alone, but also the extra capacity that entered the region,” said Chairman Marwan Boodai. “With that in mind, we chose to stay the course and work to seize a leading market share, which we did by the third quarter when we became the largest operator in Kuwait.”

The airline chief called 2009 “a year of contradictions”, adding that the carrier had continued to optimise its network to adjust to demand. At the same time as it revealed its results, the carrier also unveiled a network optimisation plan, announcing additional flights to Lahore, Mumbai and Delhi in India, as well as new services to summer destinations Antalya, Hurghada and Salalah.

Analysts from Gerson Lehrman Group (GLG) say that Jazeera’s loss last year is “no big deal” and that the carrier can take comfort in the fact that operating from a single hub at Kuwait International Airport gives the airline “the flexibility to compete without increasing its cost structure”.

In 2009, the airline withdrew its services to Dubai, saying at the time that the move was unconnected to the launch of state-owned LCC Flydubai.

In February, Jazeera unveiled its ‘vertical integration’ strategy to bolster growth and profitability through acquisitions, infrastructure investments and strategic partnerships. In line with this plan, Jazeera acquired Sahaab Aircraft Leasing on 15 February. Sahaab is a profitable entity with a portfolio of nine, single-aisle A320 jetliners.

“The acquisition increases Jazeera Airways’ capitalisation and facilitates growth for the airline by giving it access to regional and global leasing markets,” the carrier said in a statement. The acquisition was scheduled to be completed by the end of March, allowing Jazeera to consolidate the lessor’s earnings with its own starting from 1 January this year.

The move will add an expected 1.2 million dinars in operational revenue to the airline’s first-quarter results. The purchase is being funded through a rights issue to existing shareholders in the third quarter.

On announcing the Sahaab takeover, Jazeera also revealed that it plans to acquire another Middle East-based airline this year, in a move to reinforce its presence in the market. As yet, the airline has not identified any target companies.

Analysts say Jazeera’s strategy could be similar to that of Sharjah-based LCC Air Arabia, which has expanded into Morocco and Egypt via joint ventures with airlines and travel companies.

Over the year, Jazeera carried more than 1.8 million passengers, bringing the total it has carried since it began operating in late 2005 to 5.2 million. The airline operates a fleet of 11 Airbus A320s and serves about 25 destinations in the Middle East, Asia and Turkey.

In line with its plans for expansion, the carrier has another 29 A320s on order.

The launch of Wataniya and the expansion of Jazeera caused a 30 percent surge in capacity at Kuwait International Airport last year. It also triggered a fare war, reducing yields for all three Kuwaiti carriers, while also stimulating some traffic growth.

However, the additional capacity outstripped any gains in passenger traffic, with Wataniya Chief Executive Officer George Cooper complaining that there were “a lot more seats chasing a few more passengers”.

Jazeera CEO Stefan Pichler said at the time that Kuwait, with its population of just 3 million, is too small to support three airlines. Consolidation would come, he predicted.

GLG believes that Jazeera is in a far stronger position now than Kuwait Airways.

“Kuwait Airways is an absolute mess with nothing on the horizon to suggest a turnaround,” the company says. “Within a year, it would not be surprising to see Jazeera Airways break the low-cost mould and start longer flights with A330s (or even 787s if it can snare them from ALAFCO or Dubai Aerospace).”